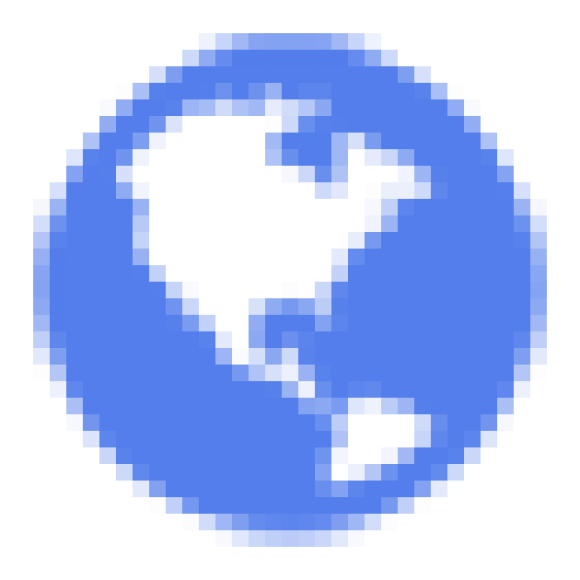 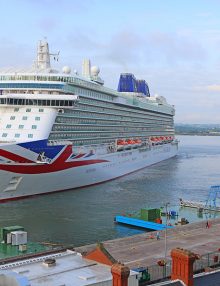 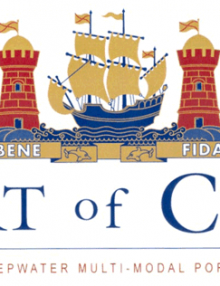 Travellers’ Favourite Cruise Destinations Revealed by Cruise Critic Cruise Critic, the world’s leading cruise review site and online cruise community, has announced the winners of the inaugural Cruise Critic Cruisers’ Choice Destination Awards with Cork’s Cobh ranked second favourite cruise destination in the British Isles and Western Europe. The awards name the best cruise destinations of the year – across 15 regions around the world – based entirely on reviews posted by cruise passengers to the Cruise Critic website.        For the British Isles and Western Europe awards, Amsterdam was rated top, while Cork’s Cobh and Glasgow’s Greenock ranked second and third respectively. These awards recognise the high level of effort that goes into ensuring every cruise passenger visiting Cobh has a memorable visit to the region. With the awards based solely on passenger feedback there is no ambiguity around results – what you read is what you get! Captain Michael McCarthy, Commercial Manager, Port of Cork Captain Michael McCarthy, Commercial Manager, Port of Cork said: “We are simply thrilled with the result for Cobh. Every year the Port of Cork puts a huge amount of effort into preparing and promoting the Cork region to the cruise companies […] 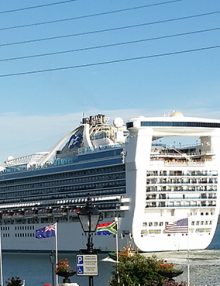 Travellers’ Favourite Cruise Destinations Revealed by Cruise Critic. Glasgow & Cork Listed in Top 3 for British Isles & Western Europe – World’s largest cruise review site announces the highest ranked destinations of the year, based on passenger feedback. LONDON, UK – September 14th, 2016 – Cruise Critic, the world’s leading cruise review site and online cruise community, has announced the winners of the inaugural Cruise Critic Cruisers’ Choice Destination Awards. The awards name the best cruise destinations of the year – across 15 regions around the world – based entirely on reviews posted to the Cruise Critic website www.cruisecritic.co.uk “A cruise isn’t just about the ship – picking the right itinerary is imperative,” explains Adam Coulter, UK editor, Cruise Critic. “Cruises enable travellers to explore a number of amazing destinations, offering culture, beauty and history. With such a variety of unique destinations to choose from, these awards aim to highlight, and celebrate, those rated highly by travellers to offer inspiration and guidance to cruise planners.” Popular ports include the Caribbean’s St. Maarten, which receives visits from lines including P&O Cruises, Royal Caribbean and MSC Cruises, and Alaska’s Glacier Bay which is visited by a number of cruise lines including Norwegian […] 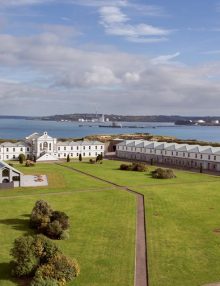 A trip to Ireland’s Alcatraz- Spike Island and Cobh, Co.Cork

Did you know that Cobh (or Queenstown as it was called back then) was the last port of call for the Titanic. I was thinking of this fact as we took the N25 out of Cork city, past fota island wildlife park and along the coastal route to reach the destination where so many people had travelled before us over 100 years ago to get the big ship to America! (The roads probably weren’t as good back then). Cobh is only 20 minutes outside Cork city and when we arrived on a Sunday afternoon the little town was bustling with activity. After we got parked up we took a walk down to the quayside park where the bandstand is to see that there was a band setting up to start playing. Cobh is home to so many attractions and beautiful monuments of sporting hero’s, the Lusitania sinking tragedy and of course the Titanic. To the left of the park you will find the Titanic experience. It is housed in the old offices of the white star line. The exhibition is open 9-6pm Monday to Sunday and adults are €9.50. This includes a guided tour through the history of Titanic with […] 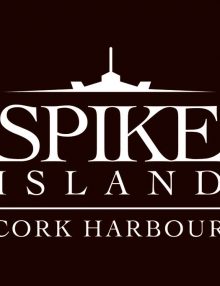 Life on Spike – by Seahound

I was not yet 4 years old but I can still remember the day we went to live on Spike. As the boat left the naval pier I remember asking my father “where is the pier going?” As it was my first experience in a boat, it seemed to me that the pier was moving away from the boat. That was 1945, just after “The Emergency”, there was no war as far as Ireland was concerned, it was always referred to as “The Emergency”. The island was being inhabited again after being evacuated for the duration of “The Emergency”. The main difference was that, the people who were evacuated were British and now they were being replaced by the families of Irish soldiers. We were only the fourth family onto the island, but it filled up fairly quickly after that. The school started almost straight away as there were quite a number of young kids there at the time, maybe 40 plus. I vaguely remember that first morning, a lot of tears were shed as the mothers left and we were left to the mercy of a stranger. I, and a few others had not yet reached our fourth birthday, […]

Lusitania Tragedy to be remembered

It will be almost 98 years since the liner was torpedoed as it approached Cork Harbour on a voyage from New York. Organised by Cobh Tourism the ceremonies are fitting memorials to all those who lost their lives on that fateful war time voyage. The first ceremony commences at the Lusitania graves in the Old Church Cemetery just outside Cobh at 2.00 pm. Following prayers, musical honours by St. Colman’s Pipe Band and the Commodore Male Voice Choir and the laying of wreaths, the proceedings move to Cobh Town Centre. A Parade led by a Colour Party from the O.N.E. and representatives of civic, maritime and historical groups will leave from the Old Town Hall on Lynch’s Quay at approximately 3.00 pm to the Lusitania Peace Memorial in Casement Square. Further ceremonies will take place here including a wreath laying ceremony. The magnificent Emerald Princess Cruise Liner will be berthed in Cobh all day with over 3500 passengers and 1200 crew on board. Background information: It was on 7th May 1915 that the Cunard liner Lusitania sank after being struck by a torpedo fired by the German Submarine U-20 off the old Head of Kinsale. Of the 1257 passengers and 702 […]