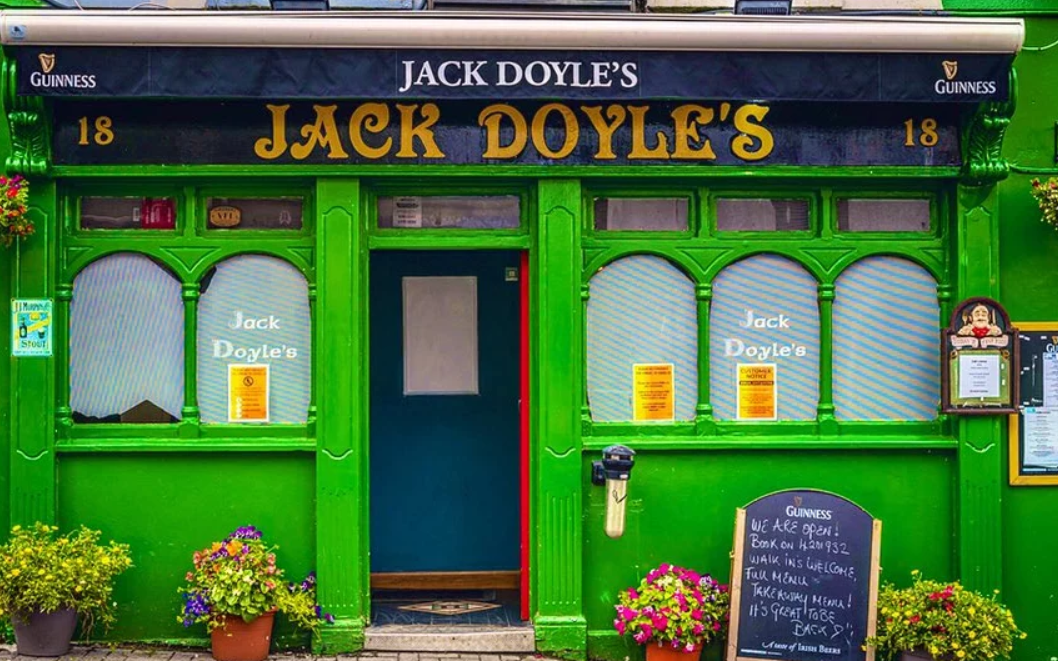 Jack Doyle’s Bar & Restaurant, much like it’s namesake, is a fun, entertaining and above all charming business located right in the centre of Cobh’s famous Top of The Hill district.

Named after local legend Jack Doyle, who throughout his life was known as a Boxer,  a singer, an actor and a ladies man. Doyle was famous for having an incredible knock out punch and an outstanding singing voice, selling out sporting stadiums and music halls alike. Not one to stick to just one thing Doyle also tried his hand at acting, appearing in a number of films and creating legendary Hollywood stories with the like of Errol Flynn & Clarke Gable.

This establishment is similar to Doyle in the sense that it doesn’t just do one thing well. It possesses the cosy atmosphere of a small town bar, while also being spacious enough to host parties.

Famous for it’s fun and inviting staff, this bar has been owned and run by Ger & Catherine Curley for 15 years.